Lord (Paul) Myners was a passionate believer in the power of education and at the heart of everything he did was a desire to help others.

As Chancellor of the University of Exeter, from July 2016 to December 2021, Paul presided over the graduations of 20,000 students during this time.

In his honour, the University has established the Lord Myners of Truro Scholarships.

Paul began his working life as a teacher and went on to have a long and distinguished career in business, finance, media and politics. He chaired household name companies including Marks & Spencer, the Guardian Media Group and Land Securities. He was Chairman of the Trustees of the Tate during a period of change in 2004 to 2008, and held other non-commercial appointments including Chairman of the Low Pay Commission, a Directorship of Singapore’s sovereign wealth fund and membership of the Court of the Bank of England.

He was appointed City Minister in Gordon Brown’s government in 2008, where he was instrumental in the UK government’s response to the financial crisis, and joined the House of Lords as Lord Myners of Truro, in the County of Cornwall. He was made a CBE in 2001 and in 2003 received an Honorary Doctorate in Laws from the University of Exeter.

Upon the news, tributes flowed in from prominent figures including former Prime Minister Gordon Brown, the Chief Executive of Asda Stuart Rose, and journalist Robert Peston who described him as, “One of the great City figures of the past 40 years [who] crusaded against corruption and had a powerful sense of right and wrong.”

Lord Myners was a proud Cornishman and a great supporter of the University. He played a prominent role in our fundraising and alumni relations and his support and enthusiasm for students as they graduated and began the next steps of their lives, coupled with his twinkling sense of humour, was an inspiration. He will be greatly missed by all those who knew him.

The Lord Myners of Truro Scholarships will support three undergraduate students with a home address in Cornwall, coming from a disadvantaged background, to study at any subject at any of the University’s campuses.

The £12,000 scholarships will be awarded to a student commencing their studies in September 2022, 2023 and 2024. Each student will be a top performer from our Widening Participation Pathways programme.

For more details on the scholarships please visit the web page.

If you would like to help students to have similar opportunities, you can make a donation to the Scholars Fund here. Donations of all sizes add up to make a big difference. 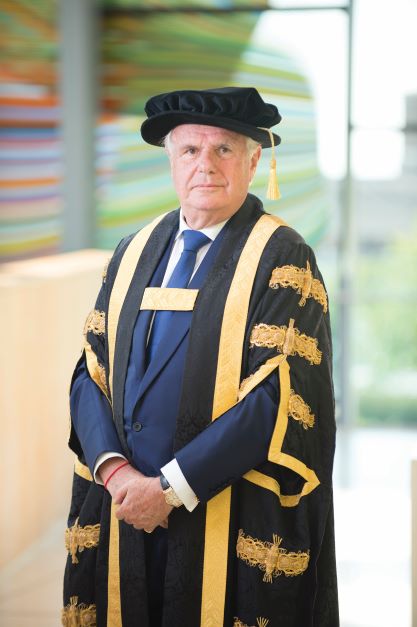